Results from Canada’s first national survey looking at operational stress injuries among first responders such as police, paramedics, firefighters and 911 operators suggest they are much more likely to develop a mental disorder than the general population.

The research was conducted online between September 2016 and January 2017 by a group of mental health experts from across the country. It is published in the Canadian Journal of Psychiatry.

Of the 5,813 participants, 44.5 per cent “screened positive for clinically significant symptom clusters consistent with one or more mental disorders.”

Statistics Canada has reported that the rate for the general population is 10 per cent.

The research team also found women were more likely than men to screen as positive for a mental disorder, especially among firefighters.

Symptoms of operational stress injuries also appear to increase with more years of service and more exposure to traumatic events.

Those who reported being single were significantly more likely to report symptoms than those with a significant other and that despite having tough jobs with lots of shift work, “the divorce rates for correctional officers, police and firefighters are comparable to or lower than the general population.”

The survey also suggests an unexplained regional difference. Respondents from Eastern Canada were less likely to report mental health problems than those west of Ontario.

First responders were screened for symptoms associated with post-traumatic stress disorder, depression, as well as social anxiety, panic and alcohol use disorders.

The team also found statistically significant variations among the professions in terms of how they tested for different disorders.

“Overall, it looks like our RCMP and our correctional and our paramedics may be reporting higher screening levels than say our provincial and municipal police and our firefighters and our dispatchers,” Carleton said.

The study said paramedics reported they experience very high rates of exposure to human suffering, for which they often feel responsible.

In policing, the research team even found variations among officers, depending on where and for whom they work.

“Municipal/provincial police may have more access to structural and social supports from consistent urban deployment,” reads the report.

Moving forward, Stamatakis said the challenge will be to ensure all first responders have access to the right supports, no matter where they live.

The work comes in the wake of a report by a House of Commons committee on public safety and national security that highlighted the lack of data on Canadian first responders and recommended a national survey.

Federal Public Safety Minister Ralph Goodale, whose ministry includes federal corrections workers and the RCMP, is just one of many officials who encouraged employees to participate in the survey, with a video message to staff. 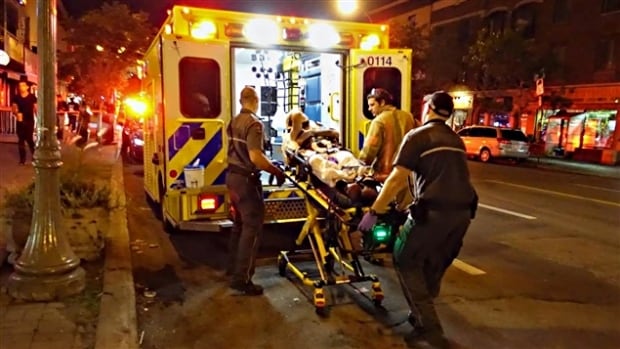 Carleton openly acknowledges the limitations of the work, given respondents chose to participate and even when guaranteed anonymity, people tend to underreport clinical symptoms. In addition, he says an online screening could never be as accurate as an in-person diagnostic interview.

For now though, it’s the first uniquely national snapshot of the mental health of the country’s first responders.

“I haven’t seen data produced like this certainly in Canada and I haven’t been able to identify data at this size, scale and scope anywhere else in the world,” he said.